In 1941 Karl Löwith published his founding version of something between a history of philosophy and an intellectual history of modern thinking with its many options of determination and existence. The book had the title Von Hegel zu Nietzsche (From Hegel to Nietzsche) and the subtitle “Der revolutionäre Bruch im Denken des neunzehnten Jahrhunderts”. It had been written in Sendai, Japan, and finished in the Spring of 1939.

Well, the ‘something’ presented in 1941 was the start of a revolutionary thinking presented completely outside the revolutionary movements. The philosophical gesture remained a persistent one and can be linked to another gesture of the same importance, the one of abstraction in visual art. And both gestures were prepared and developed in the wake of the revolutions in Russia (1917-1921), Germany (1918-1921) and Spain (1936-1937), and especially perhaps in the crises and rapid defeats of these revolutions. In both gestures there is a moment of avant-garde, clearly and autonomously declared by the artists and only accepted in an indirect way by the philosophers.

Today there are many thinkers in art and philosophy with a relation to that Sendai-gesture. This home-page is going to deal with them and enumerate or comment some of their works. Some of these works are translated into Danish, because that is the language spoken in Copenhagen, where I am operating now. But I shall also try to maintain a relation to the discussion in other languages of thinking and communication. And perhaps even a presence in languages pertinent to revolutionary thinking as French and Italian.

A major project is the continuation of the abandoned work concerning a theory of the proletariat, first and foremost its spectral and acephalic character. This work was presented in Italian and French in 1974 and continued in Danish during the 70’ies. But it stopped around 1977 when the Italian movements of Autonomia announced their parodic prerogatives of “potere dromedario”.

A lot of material is already at the disposal of interested readers on this homepage. And there is more to come. So I will just start with a small declaration:

The national state and money are inadequate means to secure an acceptable life for the inhabitants of the planet. Any solution in the field of life and its reproduction has to take into account that solutions have to be global. Local initiatives will always have to deal with the national state and with money in one way or the other.

Existing politics is not made for global solutions of the necessary kind, i.e. the abolishment of the state and of the use of money. Existing politics can only defend privileges and by so doing develop further accumulation of wealth among the privileged.

Uprisings are movements of destitution; they are destitution on the move. To remain in revolutionary vigour, they have to develop an alternative distribution of wealth among common people. Destitution and distribution can confirm and maintain something like a collective subjectivity and give force to the vague but spontaneous intentionality that expresses itself in uprisings, riots and finally revolts.

We have not had uprisings in Scandinavian, Dutch or German towns yet, even if the recent riot in Hamburg was an important event. The traces after the uprisings have to be analysed and so are the neo-gramscian parties in Spain and Greece, Podemos and Syriza. Such parties have nothing to do with the Narodniki-tradition as some commentaries have stated when they called them “left-populism”. I think they both incarnate the “centrist” possibility which always shows up in Europe, when a movement contains a tension between revolution and reformism. 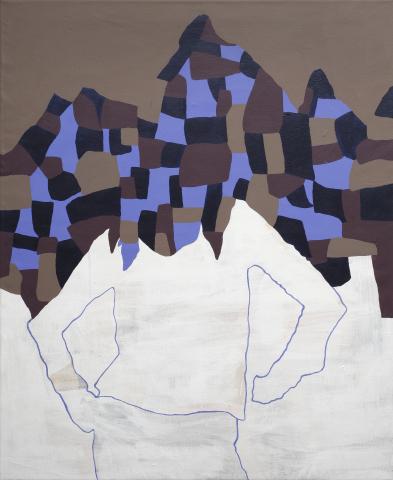